China orders US consulate in Chengdu

China has ordered the closure of the United States consulate in Chengdu, days after Washington forced the Chinese consulate in Houston to cease operations.

A statement from the Ministry of Foreign Affairs said US diplomats in China had been notified Friday morning that Beijing was revoking the license for the Chengdu consulate in China’s southwest, which has been ordered to “stop all business and activities.”
It added that the US had “unilaterally provoked the incident” by ordering the closure of the Houston office, an action Beijing said “seriously violated international law and the basic norms of international relations.”
“The current situation between China and the United States is something China does not want to see, and the responsibility rests entirely with the United States,” the foreign ministry said. “We once again urge the US to immediately revoke the erroneous decision to create necessary conditions for the return of bilateral relations to normal.”
At a regular press conference Friday, Chinese foreign ministry spokesman Wang Wenbin accused staff in the Chengdu consulate “of interfering in China’s internal affairs and harming China’s national security interests.”
Wang added that closing Chengdu was a “legitimate and necessary response” to the US demanding that the Chinese consulate in Houston be shut. US officials have made similar accusations about Chinese diplomats acting beyond their duties and engaging in espionage related activity. 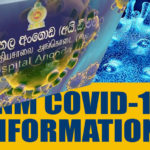